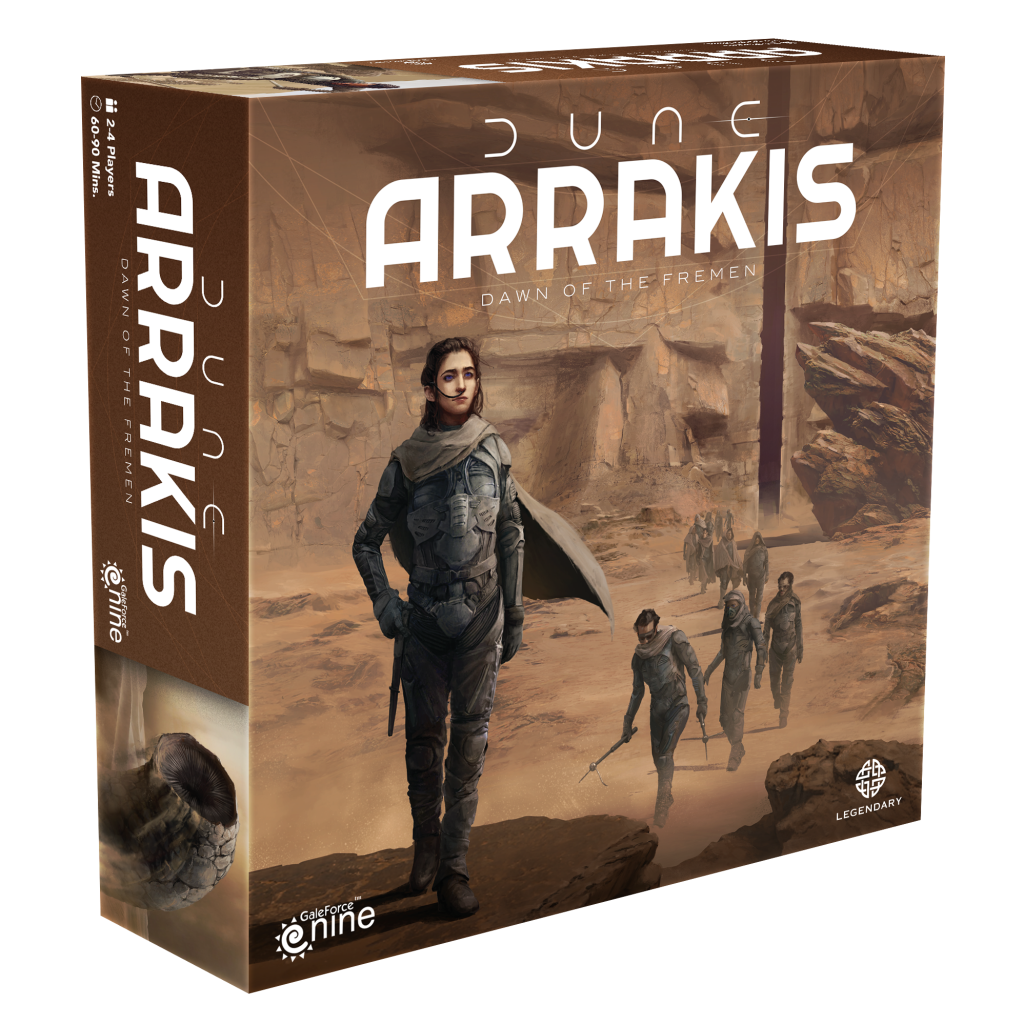 Arrakis : Dawn of the Fremen is the brutal, cutthroat game about tribal control of Arrakis, long before the events of the novel Dune

Each player controls a tribe of Fremen warriors, struggling to gather the scarce resources of Arrakis, developing the weapons and sietches they’ll need to survive, and harnessing the power of sandworms for battle.

Will your tribe prevail, or will you vanish into the desert? 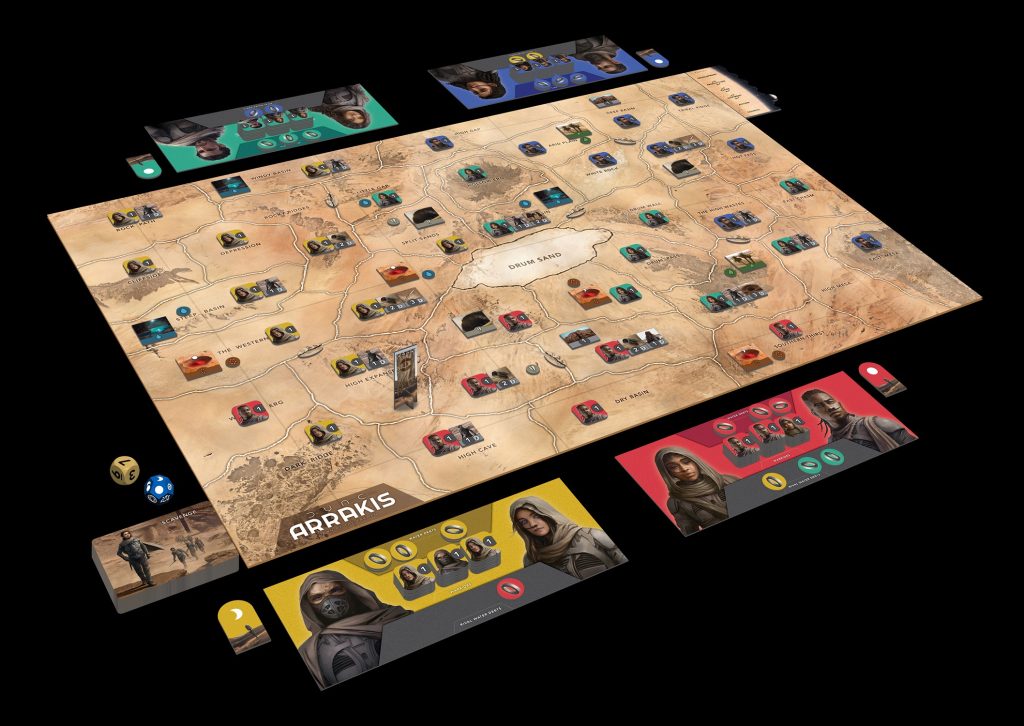 Arrakis: Dawn of the Fremen is set more than a hundred generations before the Atreides  came to Arrakis.  The game focuses on the hard choices Fremen leaders made when bargaining, cooperating and competing in the harsh Arrakis environment to gain and protect scarce resources and to create the communal cave dwellings they called sietches. 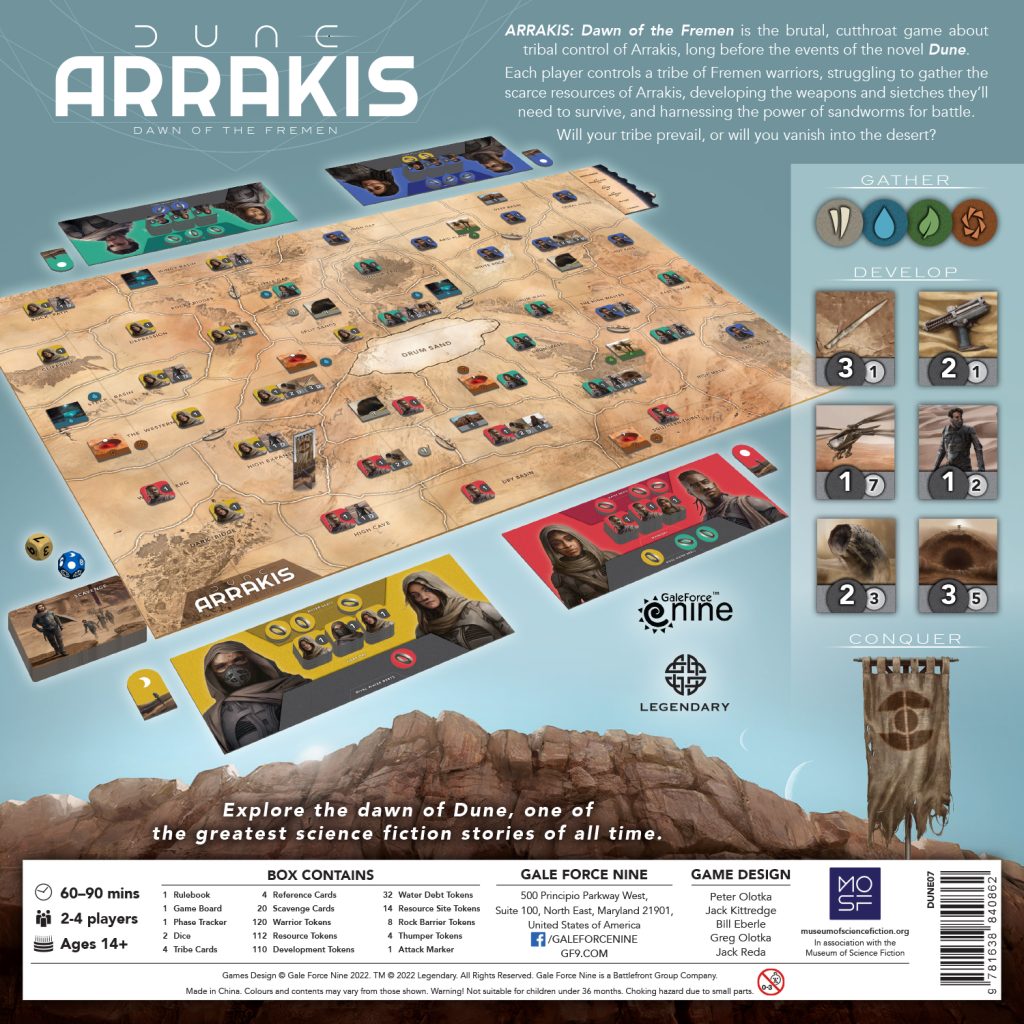 Arrakis, Dawn of the Fremen is available for pre-order at your FLGS, favourite online retailer or directly from us in: