We are very excited to reveal the second expansion to be released for the classic Dune Boardgame, Dune: A Game of Conquest, Diplomacy & Betrayal, adding both CHOAM (Combine Honnete Ober Advancer Mercantiles) and House Richese

You can download the FULL rulebook today, and get a headstart over the competition!

The Combine Honnete Ober Advancer Mercantiles, or CHOAM, controlled much of the economic affairs across the cosmos and had a keen interest in Arrakis above and beyond spice production. Because of its control of inter-planetary commerce, CHOAM was the largest single source of wealth in the Imperium. Influence in CHOAM was a major focus of political maneuvering in the Imperium, both to maximize dividends and also to skim profits. The leaders and bureaucrats of CHOAM were dedicated to controlling vital products that enriched the Great Houses… and CHOAM itself. 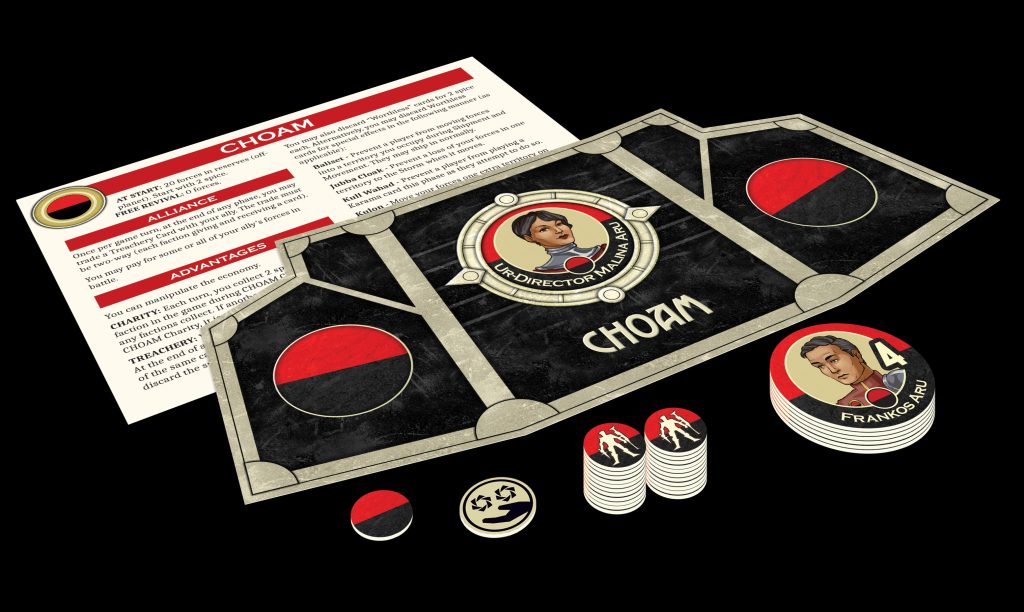 House Richese, just like the Ixians, had a well-earned reputation for ingenuity, and created important technological inventions. But Count Ilban Richese suffered a number of business blunders that threatened to bankrupt their fortunes. After being ousted from governing Arrakis, they were reduced to selling off important creations simply to raise enough funds to continue their efforts to compete. 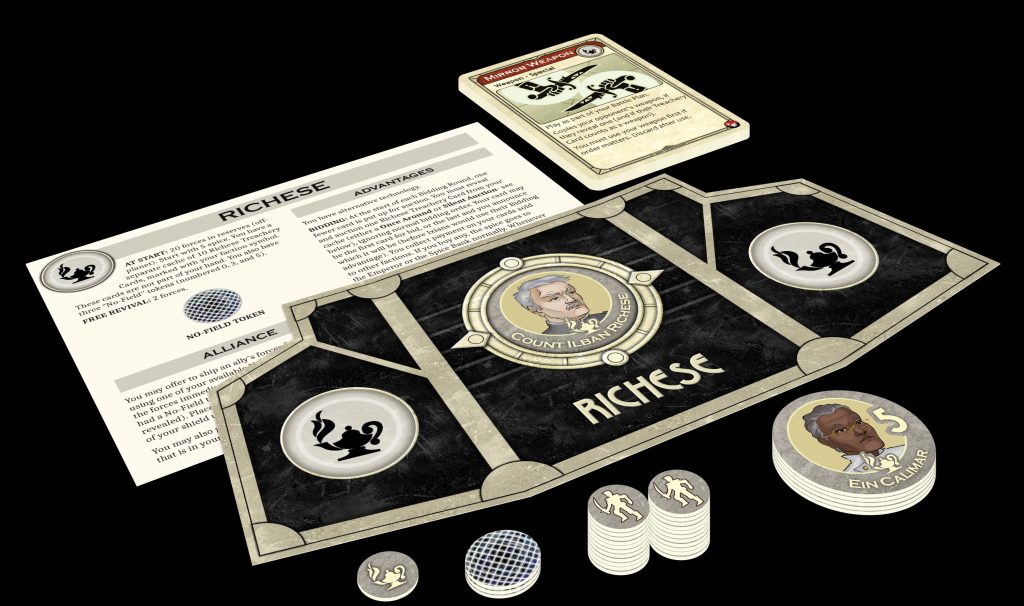 Tips & Tricks for playing the different houses, from one of the designers, Jack Reda himself!