Pirates of Skydock tells the story of several Starfinder adventurers trying to seize a new vessel. Players must accomplish several tasks to steal the ship. Doing so will require a combination of glory, crew support, and potentially external backers. The adventurers can work together to accomplish their goals, but only the character with the greatest glory will win the bet and become captain. Of course, if security gets too high, the ship will lock down and no character will become captain.

Getting Started:
To start, place unique rooms tiles on the game board during setup to determine the configuration of the ship for that individual game. Each of the rooms have an associated action that characters can take. These tiles have two sides. It is recommended that you play the first game using all tiles on the A side. In future games, any number of Room Tiles can be on the A side or the B side. 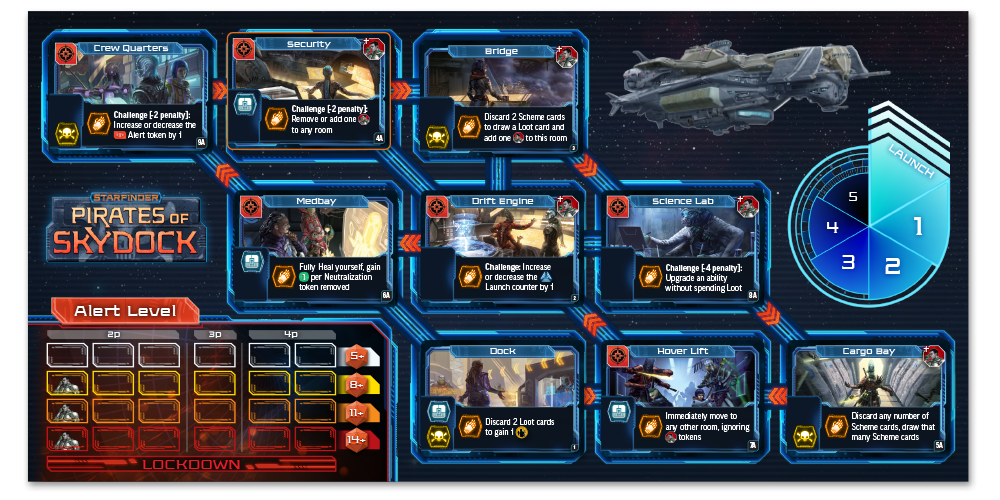 Characters:
First things first, pick your character and place their card onto the board. This board will also have three rows which you can slot your Character Ability tokens into. These are the actions that will be available to players on their turn depending on how they spend their Energy Markers, and players will acquire more over the course of the game. Their location in the Character Board is very important since many cards enable players to use adjacent Character Abilities as a bonus action or activate entire rows. 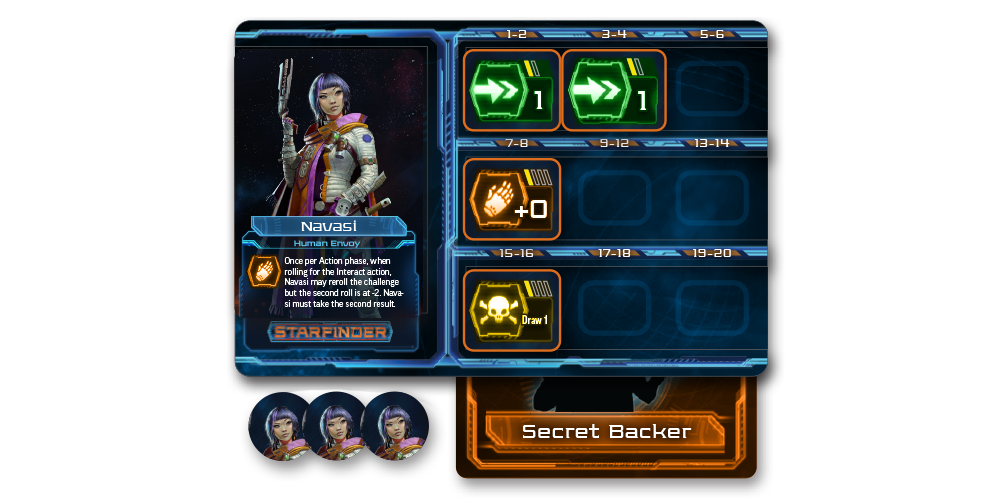 Scheme cards have a text ability that can be triggered on a player’s turn during the Action phase. The player discards the card and the associated ability takes effect.

Loot cards have a text ability that indicates when it can be used and what bonus it grants. When a player uses a piece of Loot for the text ability, they discard the card and gain the appropriate bonus. Otherwise, you can salvage Loot cards to gain a new ability or improve an existing one.

Encounter cards are split into two halves. The top half of the card is used for guard encounters and the bottom half is used for random encounters. Both types of encounters also have icons for the various Alert Levels. 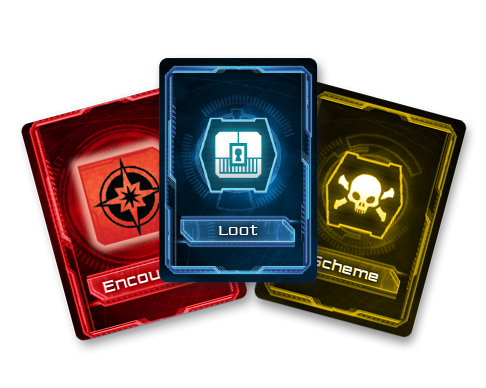 To win, each player will need to complete at least one objective. When the ship launches, the player with the most Glory and Support will be declared captain and win the game!

AVAILABLE FOR PRE-ORDER at your FLGS or directly from us!