A Chaotic Game of Mischief and Survival

Level 20 is a chaotic game, where players control kobolds fleeing from a fighter just a few XP short of reaching level 20. The players will need to search through junk piles to find treasure to help them stay alive, whilst embarrassing the fighter into running away – or sabotaging their fellow kobolds! The winner is the kobold who makes the fighters flee – or the last kobold standing.

Everything you need is contained in the box! First things first you need to setup the board in preparation for the fighter’s arrival! This means… In Pathfinder: Level 20 each player controls an individual Kobold, and it’s up to you whether to work together with your fellow Kobolds to outsmart the fighters… or to sabotage them and make sure you are the last one standing! 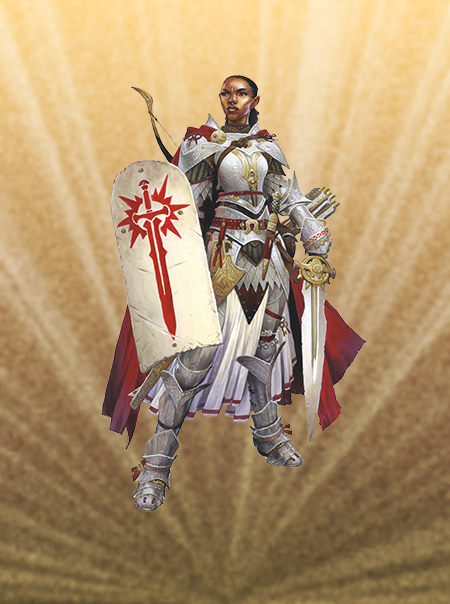 The first step to victory is knowing your enemy!

The fighter is desperate to hit level 20 and will walk through almost anything in their blind quest to achieve this goal. Their dedication and single-mindedness could be admired, if it didn’t involve the death of kobolds! Instead, you’ll have to learn to be sneaky and take advantage of their predictability.

Fighters are obsessed and not very smart! As soon as some movement catches their attention, they need to chase after it! So make the most of this! Lead them into traps, straight into walls… or your fellow Kobolds.

If there is one thing the fighters care more than XP it’s their pride. So if you manage to reduce their pride to zero… they’ll run away leaving you and any surviving Kobolds in peace once again. 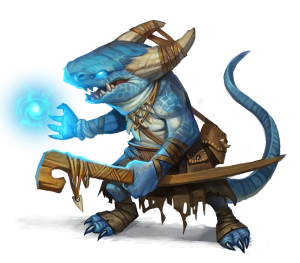 Clearly, the kobolds want to stay away from the fighter. After all, what chance do lowly kobolds have against a 19th level warrior?! In order to do this, the kobolds need to be quick on their feet and use the obstacles in the kobold den to their advantage!

Truly daring kobolds can even run through the fighter’s legs! That’s the good thing about those big fighter types – they’re slow to react. All that armor keeps them from moving too fast.

… but sometimes, a kobold just needs to hide. That’s how you get to be an old kobold, knowing how to bury yourself under rags and scraps of clothing! Of course, if the fighter steps on a kobold, it will still hurt. After all, those boots are heavy! And a quick panicked squeal might result in getting a sword to the gut.

No matter how strong, fast, or armoured the fighters are, this is still YOUR Den, and that means you still have some advantages thanks to the treasures you’ve hoarded… Kobolds know their den backwards and forwards, and are masters of the slingshot. All it takes is one well-aimed shot to the right spot to cause a giant stone spike to fall from the ceiling. If that lands on the fighter, it’s going to hurt! After all, they spent all their money on a fancy magic sword, and none on a helmet! It might not be the most effective weapon for this work, but it gets the job done with a whole lot of effort! If nothing else, fighters have muscles to spare! This food was left over from one of the last kobold raids. Kobolds have very sensitive noses, so they know better than to try and eat this food. The fighter is not quite so perceptive, and always seems to be hungry. So they grab food any chance they can get and wolf it down with no thoughts to the consequences. Moss is slippery! Now granted, kobolds don’t have too much of a problem with it, what with their low center of gravity. Fighters running around caverns without good traction are not so lucky. And there’s very few things more entertaining than watching a fighter smack their face into the stone walls! 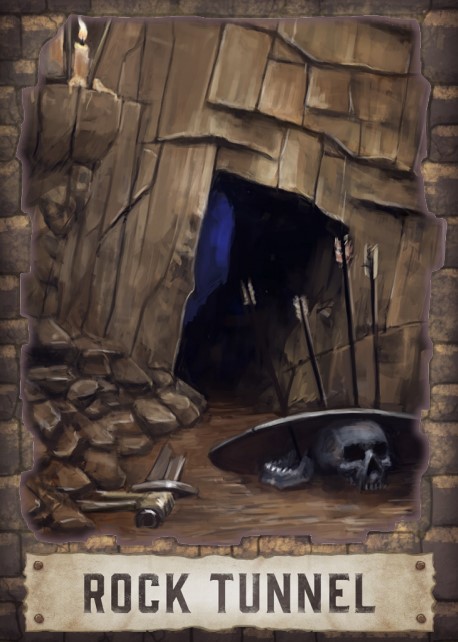 Kobolds may not have much of an advantage, but this is their home and they know all the ins and outs of the den. It might just be that a tunnel too small for a lumbering fighter could save your precious hide. Of course, if that tunnel was located underneath some moss, it could create some hilarious entertainment…

Available in store at your FLGS or order directly online TODAY

For even more detail, click the image below to view the entire rulebook!