Paizo and Gale Force Nine have agreed to a multi-game partnership to publish original Pathfinder and Starfinder boardgames.

Gale Force Nine (GF9), known for producing games such as “Firefly: The Game” and “Dune: A Game of Conquest and Diplomacy”, have teamed up with Paizo to publish original board and card games drawing from the worlds of Pathfinder and Starfinder. The multi-year partnership will see GF9 exploring the rich settings of Golarion, the Pact Worlds, and beyond to bring the heroes, villains, locations, and monsters from the roleplaying systems into several new boardgames.

Starting in Q2 2022, Gale Force Nine will release two board games and one card game over the first year of the partnership, with more following over the course of the relationship. The first three titles are:

“The worlds of Pathfinder and Starfinder are fun, diverse, and full of character,” says John-Paul Brisigotti, CEO of GF9. “We are excited to explore them further and offer fans of these games an opportunity to interact with the worlds in a new way.”

We look forward to partnering with Gale Force Nine in bringing the Pathfinder and Starfinder worlds to life as board games,” says Paizo President, Jeff Alvarez.

The first game of this partnership, releasing in Q2 2022, is Pathfinder: Level 20, a game where players take on the role of kobolds in their warren, scampering away from a 19th-level fighter who only needs five XP to hit level 20.

Will you make the heroes scamper away in embarrassment, thus being crowned the kobold champion? Or will you be the last survivor among your friends, a victory in its own right!

Pathfinder: Level 20 is a game for 2–6 players and will be available in April with an MSRP of $30. 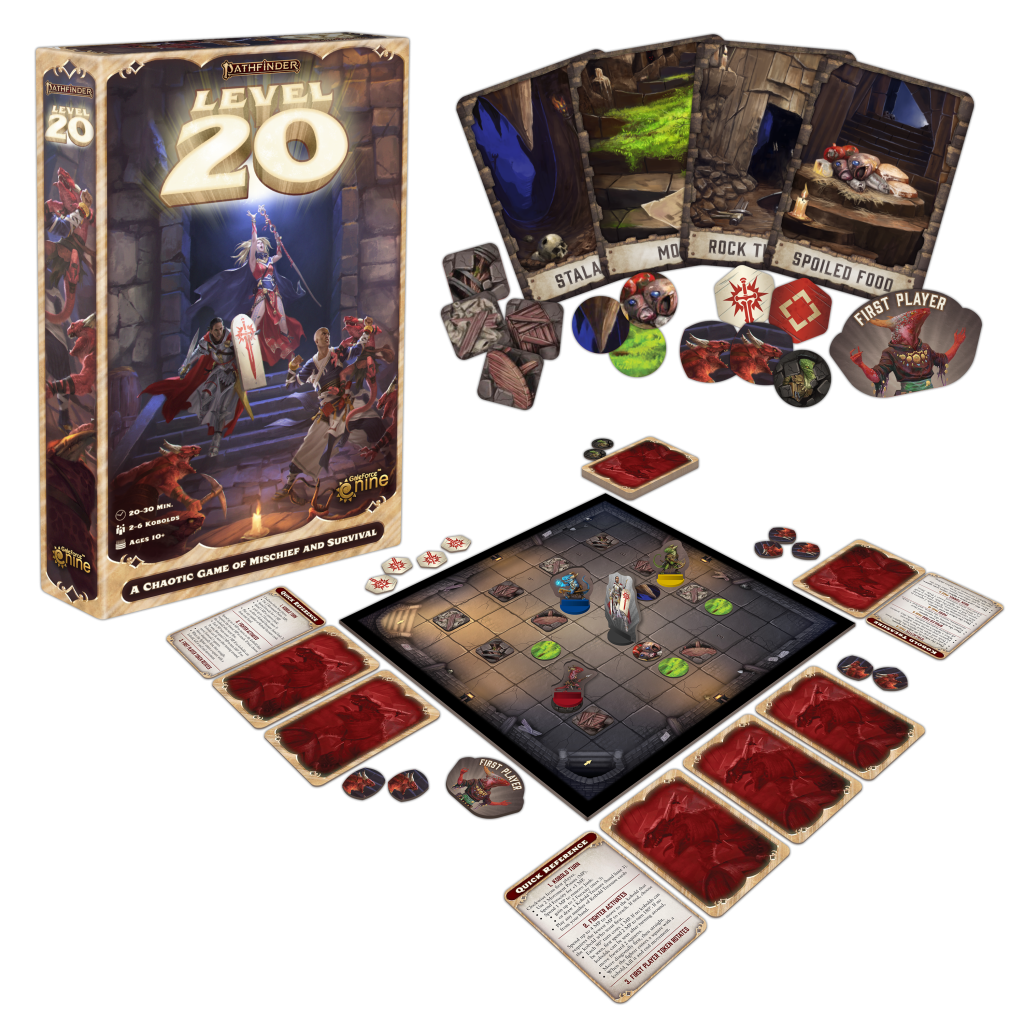