The first expansion to be released to complement the Dune Boardgame, is the Ixians & Tleilaxu… Two new factions, who have their own special rules and abilities that you sub out for two of the original existing 6.

The Ixians dominate manufacturing of devices of all sizes including the Guild’s massive heighliners that make interstellar commerce possible. The Tleilaxu produce miracles that restore eyesight and bring back clones of lost loved ones. Both of these factions are insular and guard their secrets carefully, and the cultures of both depend on subjugation. The Ixians depend on a worker class of Suboids and the Tleilaxu depend on closely guarded secrets about the biological sources which sustain their mastery of genetic technology. 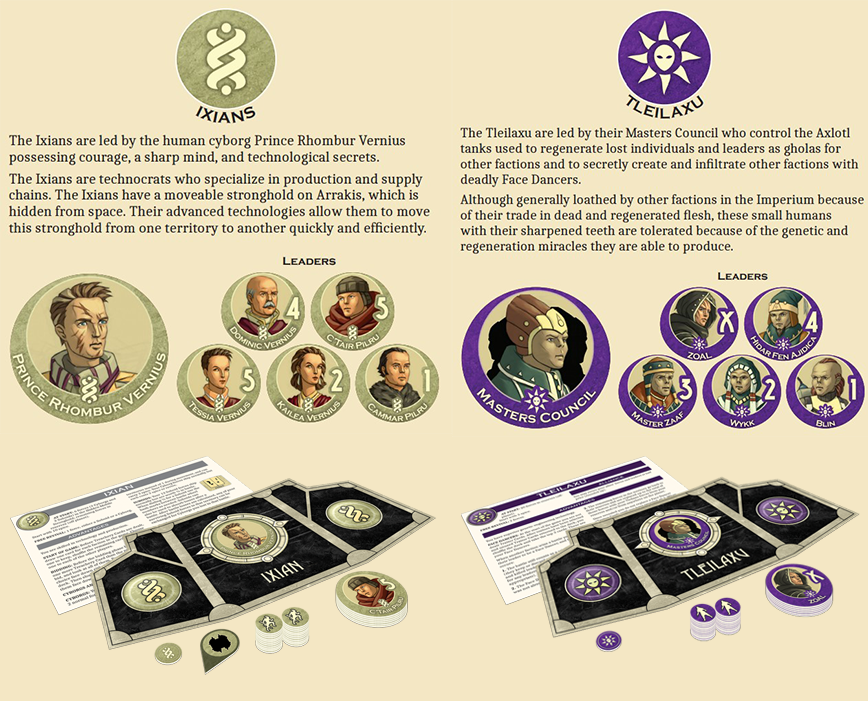 To discover more of the secrets of the Ixians and Tleilaxu…