Introduced in the 2007 episode “Blink”, but making several subsequent appearances, The Weeping Angels have been persistently nominated as one of the most popular and frightening of the vast pantheon of monsters from the Dr Who series.

The Doctor describes the Weeping Angels as “The only psychopaths in the universe to kill you nicely”.  They neither kill nor directly parasitize their prey, instead, one touch sends their victim back into the past to a point before their own birth, leaving a residual “potential energy” from the lives they would have lived in the present on which the angels feed.  The victim may go on to lead a fulfilling and happy life in the past…

Unseen the Angels may cover huge distances at great speed, although when observed, they become quantum-locked and turn to stone, in this stage, they are frozen and difficult to destroy, but don’t look away… Don’t even Blink… 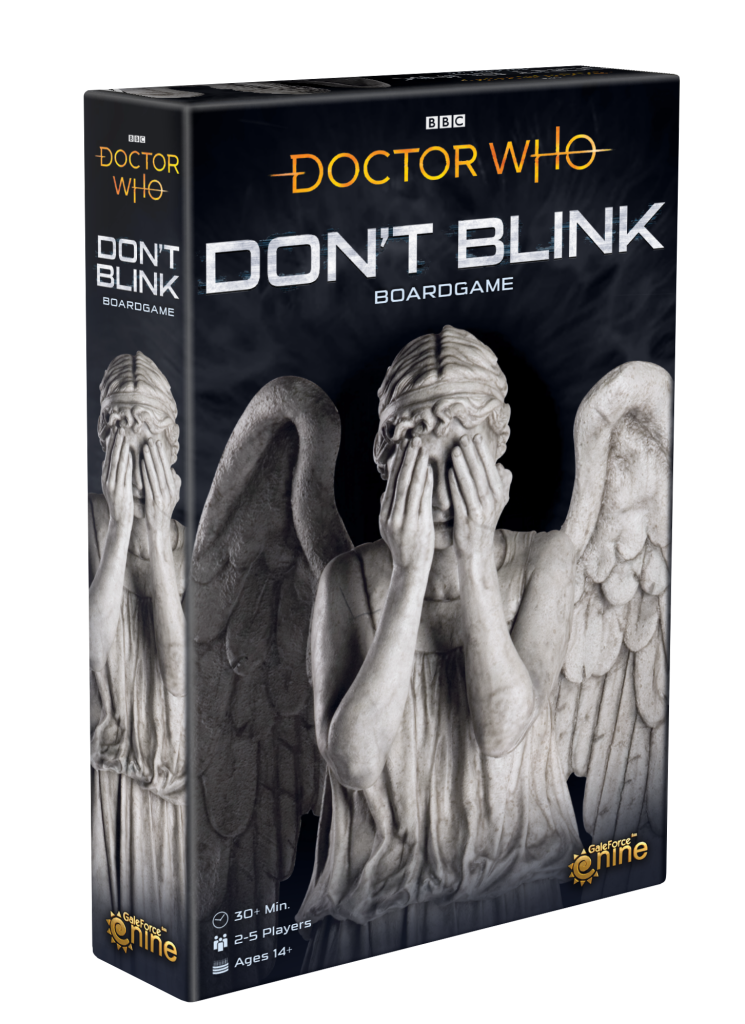 Dr Who: Don’t Blink is a challenging tactical “one vs all” board game where up to four players control the Doctor and companions, attempting to collect parts to repair the crashed and inoperable Tardis to escape. The game Introduces one of The Doctors most iconic, and arguably most terrifying adversaries, The Weeping Angels. Controlled by a single player, who attempts to out manoeuvre, capture and of course remove the Doctor and companions from time.

Inside the box you’ll find everything you need to set up an exciting and tense adventure every time!

AVAILABLE NOW In store at your FLGS or order online directly!